Every pub has a story but some stories go back further than others. I’m not really sure how much we should make of the highest or the oldest or the smallest, and yet… There is some appeal to that kind of hook. On the face of it, it shouldn’t matter but there is some kind of draw to a place that has some kind of record. The simple fact is usually not the interesting bit, it’s the why and the how that usually provides something of note.

Why the hell would you build a pub at the top of Tan Hill in middle of nowhere without a house in sight and no other sign of civilisation? Presumably not just to be the highest pub in Britain? It’s because it was once surrounded by mining cottages that have since been destroyed and the inn would have provided much needed beer to hardworking miners. 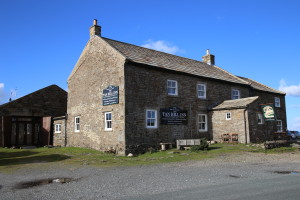 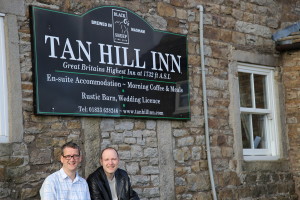 We’ve also visited the Nutshell in Bury St Edmunds and that really was just for novelty value. Unless someone can tell me otherwise, there doesn’t appear to be a great story there, it was a shop then they started selling beer and it’s very small. The disappointing thing is that I’ve just found out some bastards in Margate have opened a smaller pub and so we’ve only visited the second smallest pub in Britain… 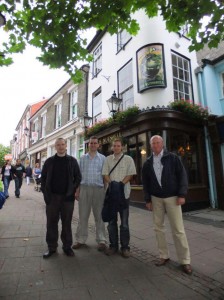 I’ve also visited The Skirrid Inn, which is the oldest pub in Wales and well worth a visit. Nothing ground breaking in the history of this one- it’s a very old inn with a very impressive old fire place… and a ghost!