We keep reading (and writing in my case!) about craft beer and the craft beer revolution. Whilst I applaud the growing industry of proper beer and the reduction in crap lager, I can’t help but wonder what craft beer is.

I enjoy the concept- the more people to brew beer, the greater the variety the better but what really separates craft beer from beer? I’ve asked this question many times and never really got a satisfactory answer, people talk about micro-brewing, but again, what is the difference between micro-brewing and simply brewing.

I suppose the principle is that craft beer and micro-brewing is about the process on a smaller scale but I find it really difficult to see the distinction when brewers like Sierra Nevada producing the better part of a million barrels of beer a year claim to be micro brewers. I enjoy their beer but I think to call it craft is a stretch. Maybe that’s the point though, it doesn’t matter whether we call it craft beer or not, what matters is that it’s good beer. I do find it frustrating when people talk about craft beer as if its’s a new concept and not something that’s been brewed for thousands of years but perhaps on balance it’s a price worth paying for such a range of great beer. 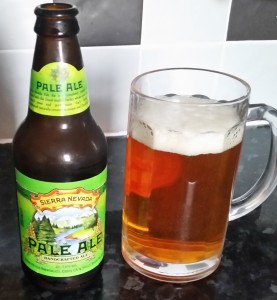