We at Fourtharch.com love British pubs, you can walk into a British pub anywhere in the country and be given a fine welcome by the landlord, however to walk into a political social club you have to be a member. I have only ever been inside one of these clubs the once and that was with my brother in the mid-1980s to visit our Auntie the barmaid at the Splott Conservative Club in Cardiff, Auntie Vie was one of those old girls who went on working and pulling pints right into her 80s. 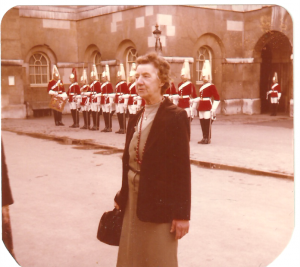 Auntie Vie is pictured here on her first ever trip to London for her 80th Birthday, she was just a little younger than the Century and remained a spinster all her life, alas not through choice but as a result of the Great War when the country lost so many of its young men.

When entering a pub you are immediately met with the delights of the gleaming beer pumps and all the comforting paraphernalia of the traditional British pub interior, upon entering the front door at the Splott Cons in the 1980s my brother and I found ourselves standing in a small stark antechamber and there sitting behind the only piece of furniture in the room, one of those inch square metal framed tables with the felt peeling away from the top edges was the gorgon to slay or that guy in his 60s with the Brylcreemed thinning hair, wearing a blazer, tie and a pair of grey trousers that were usually belted above the beer belly but in this case under it. I must admit that even though we were not members or ‘affiliated’ as soon as we mentioned we were ‘associated’ with the barmaid we were quickly ushered through to the main club and were soon holding half pints of beer bought for us by a lady beaming with happiness to have been visited by her two nephews and her only two customers. 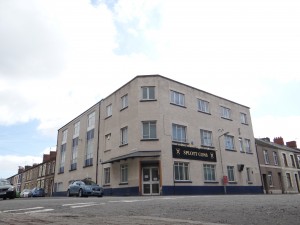 Because of my lack of experience inside these clubs my general view is therefore formed from the outside so I will let the buildings speak for themselves, I have always been intrigued by each club’s very unique architectural style, the Splott Cons is a very imposing building set amongst the terraced houses and has the look of a factory maybe for pumping out more Tories, the Riverside Cons was totally rebuilt in a similar imposing style in the 1950s after the original building was hit by a stray German bomb in 1941, the real target being the nearby arterial railway line. 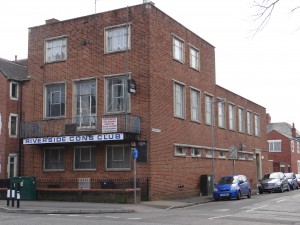 The most fascinating and a fine example of a designed by committee building is the Liberal Club on Cathays Terrace, with it’s usually sealed up entrance it takes on the appearance of a fallout shelter decommissioned in 1976 when possibly the last message to have come through on the roof radio antenna was that Jim Callaghan had taken the helm at the Labour Party. 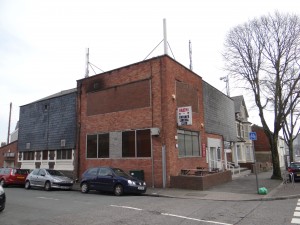 The one thing a lot of these clubs have in common is the unusual position of the front door either not that obvious straight away or hidden at the side of the building disguised as a tradesman’s entrance always making me think that gaining entry is a secret revealed only to club members, my overall favourite though is the Roath Conservative Club not for the fact that the position of the front door is obvious set within the order of a fine example of late Victorian architecture but for its graffiti. The negative Tory messages have been up on the walls of the Roath Cons for as long as I can remember but I don’t know who I feel sorry for the most, the club members who have desperately tried to remove the artwork from their building over the years or the poor graffiti artist who just cannot seem to move on and has only recently updated the work [it’s the same handwriting] with the numbers 08.04.13 – think about it. 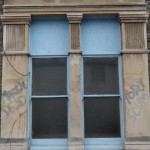 The new and old graffiti at Roath Conservative Club 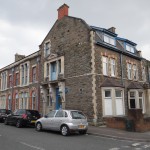 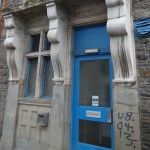