Readers who recall Cardiff in the 1970s might well associate tree branches growing out from the tops of buildings with buildings that are derelict, buildings that have lost their reason for being or buildings earmarked for imminent demolition, Cardiff has long since moved on from those times arriving in the 21st Century looking fabulous with one hell of a makeover but what with environmental issues taking centre stage these days and the loss of so many green spaces in our city centres I rather enjoyed seeing the bush that continued to grow out from the top of the Duke of Wellington right in the centre of town. The branch growing out from the chimney atop the Royal Oak in Broadway [no pun intended] was possibly deposited there by a Thrush during the aforementioned 1970s the time when rooftop thickets were all the rage, so whether it was time for some serious rooftop pruning that sent the scaffolding up around these pubs recently the resulting referbs have returned both exteriors to their former glories putting the “Iron” back into the red bricked Duke of Wellington and returning Royal status to the Oak the grand old lady that sits on the edge of town many a Cardiffian has wished a fond farewell on route to pastures new.

Other local pubs have not been so lucky, the Poets Corner on City road was demolished last year and the Gower on Gwennyth street remains boarded up since closing in 2014, my fourtharch colleague Andrew said of the Gower that it was essentially a good pub run badly, so come on Brains and before the branches start growing from the roofs again why not hand over the pubs you don’t want to someone who won’t let the grass grow under their feet. 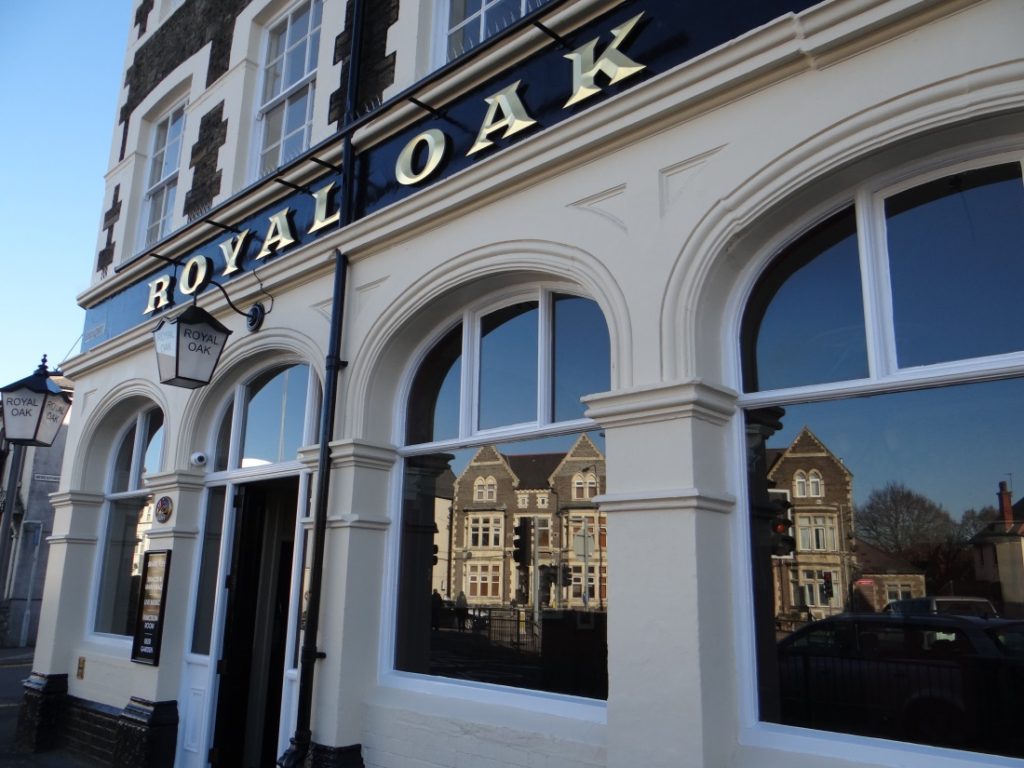