I visited Japan for the first time this June, arriving in Tokyo with many preconceptions about this densely populated country that for centuries cut itself off from the rest of the world; however Japan turned out to be absolutely everything I wasn’t expecting. It is a country that works on a completely different scale and has the most welcoming, helpful and respectful people I have ever come across and what with bilingual signage and more English spoken in Japan than at Cardiff Railway station where I began my journey, I quickly decided that it was a country I would very much like to return.
I became so wrapped up in planning my trip, mainly finding a good travel agent, that it was only after the 11 hour flight to Tokyo, checking into my hotel then feeling rather pleased with myself for quickly negotiating the metro to the Tokyo Skytree tower and back, that I finally relaxed and began to think of beer.
Beer lovers will know that one always has to ask upon arriving in a different country for the first time, where when and how do I get beer? However in the case of Japan I didn’t even know if they did beer! By this stage I was exhausted after the journey from London, ready for bed and about to give in but I would soon discover that Tokyo like Hong Kong is a 24 hour city where you can obtain anything you want within 100 yards of where ever you are standing. Sure enough there ahead, just before the sweeping escalator that would take me up to my hotel lobby from the busy brightly lit modern underground walkways, was not one, but two Family Mart stores with cold cabinets full of Japanese beer.
The first thing that jumped out at me was the design on the cans stating graphically that this was beer brewed in Japan. The second thing to impress were the fridges found in all hotel rooms throughout the country that the cans went straight in and finally the taste of the beer that slipped down a treat at which point I immediately knew that Japanese beer would give me that looked forward to first beer bite of the day taste experience – I had to discover more.
Lonely Planet suggests the Museum of Yebisu Beer in Tokyo on the sight of the original brewery built in 1887 in the Ebisu district named after the railway station built to service the Yebisu brewery . As I contemplated a whole district named after beer I wondered if this could get any better when suddenly it did for as you walk into the brewery museum you are politely asked not to walk over a large circular rug featuring the image of Ebisu the god of beer! Well actually Ebisu is the Japanese god of fisherman, luck, prosperity, business and abundance of crops but he is the face of Yebisu and my kind of god. 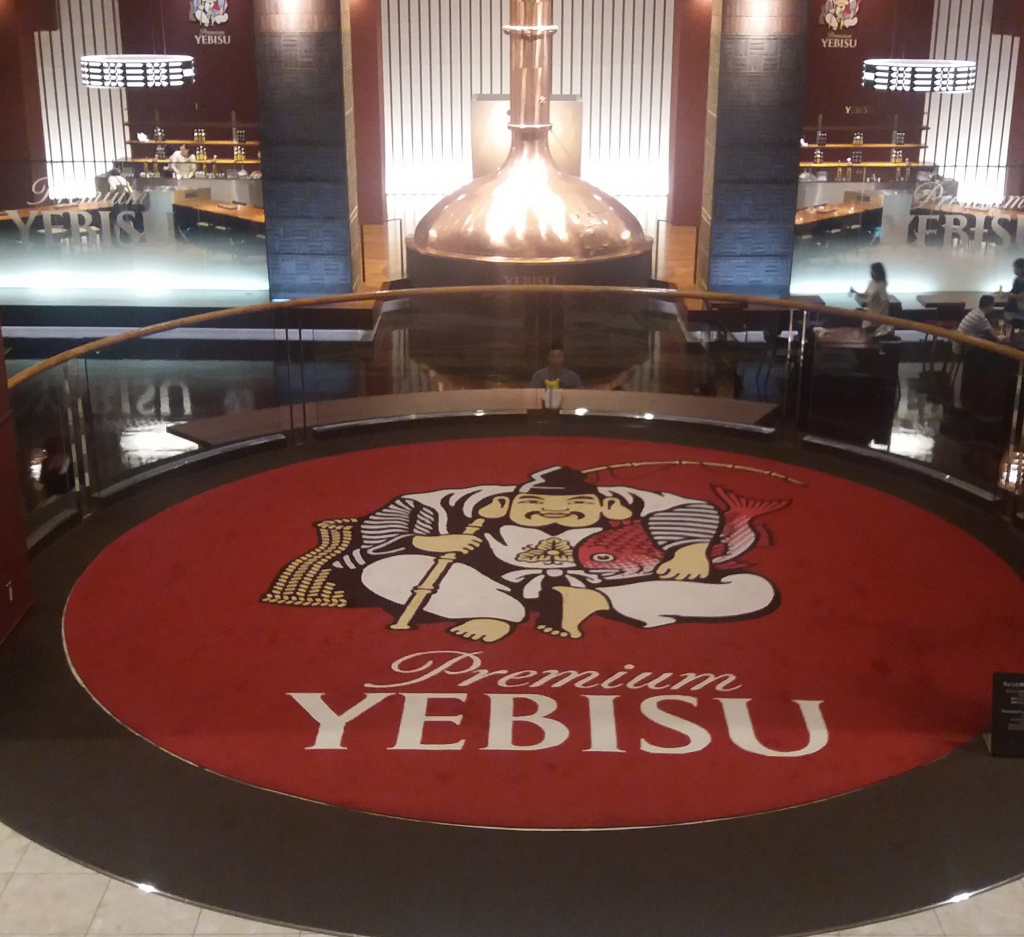 The whole secret to the taste of Japanese beer is gradually revealed as you walk around the brewery exhibition and discover that German brewers were advising the Japanese back at the very beginning in the late 19th Century.  That then explains why sausages are featured next to beer bottles in the museum display cabinets. I know that sausages and beer will appeal to many Fourtharchers but don’t worry, for if I do get a second go at Project Manager on a Fourtharch weekend, I will not be choosing Tokyo as the Yebisu brewery tour is in Japanese only but like me at the beginning of the summer if you are not yet aware of Japanese beer then it is rather good and there is certainly no need to get Sake!
乾杯 [Kanpai, cheers in Japanese] 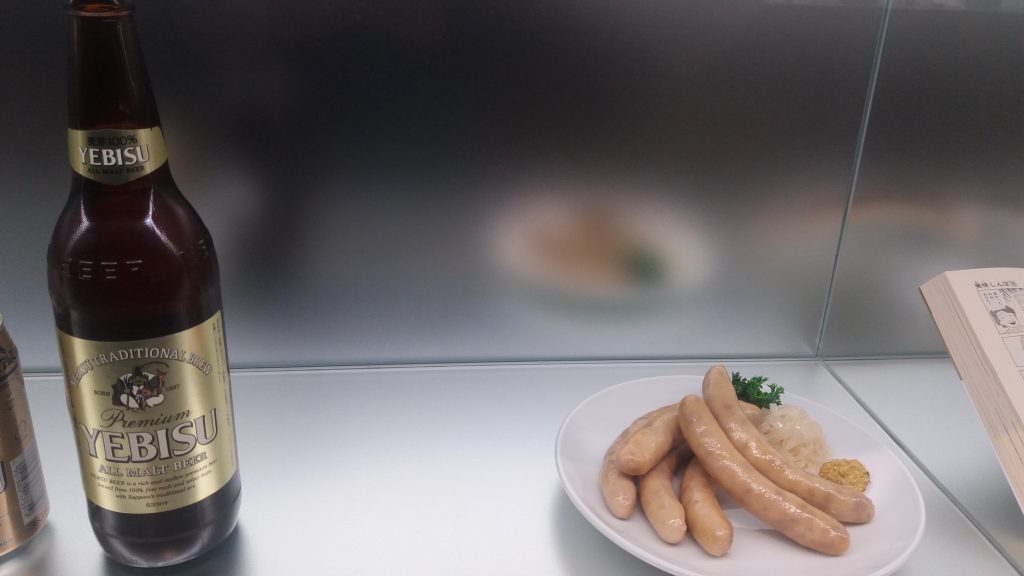