As beer drinkers and pub goers we face changing and challenging times. CAMRA quote statistics about how many pubs close that are cause for concern. To add to that is change in the focus of pubs that do remain open- how many local pubs have been replaced with… I cringe even to utter the words… gastro pubs?

In Cardiff the Gower pub, which first opened its doors in 1895, closed last year. Its always sad to see a pub close, particularly a ‘proper’ pub, in this case one that we at Fourtharch.com have drunk in in the past and there are many reasons whys its sad. The thing that bothers me is that you can close an old pub but you can’t build an old pub. If the Gower is knocked down or turned into flats, then that’s that, another one bites the dust. 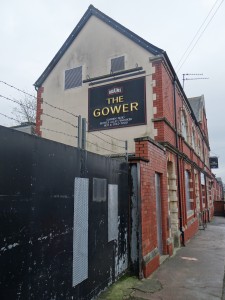 So you can’t build an old pub, but can you build a ‘proper’ pub? Well, that depends, what is a ‘proper’ pub? I not sure I can tell you why a pub is proper pub and why I love it any more than I can tell you why a man loves a woman (this is definitely not a Swiss Toni sketch..). Somehow you just know and you just do. I could give you a list of requirements for a proper pub but I’m pretty sure I’d then find pubs that I loved that didn’t adhere to it. 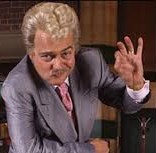 Swiss Toni, the man with analogies even better than mine

You wouldn’t want one of those namby pamby modern coffee machines in a proper pub- although when you’re having a family lunch the day after your uncles funeral and you are nursing a hang over- you might appreciate a proper coffee. You of course wouldn’t want a proper pub to have large television, especially if it meant having a satellite dish on the side of the building- but if you are visiting your brother in Putney for his birthday and it clashes with the first Lions Test in Australia, then both the TV and the large dish might come in handy (after all, imagine missing George North’s try).  As you might have gathered by how specific they are, the examples are true and the point is its very difficult to generalise and say what a pub shouldn’t and shouldn’t be like. They are different things to different people and even different things at different times to the same person.

I do think though that there are some basic principles that a good pub needs. A range of well kept beer, friendly staff and a good atmosphere. We now have something of a craft beer revolution and smaller breweries cropping up everywhere and what some of them are bringing with them are their own pubs.

Now I’m not going to describe the Urban Tap House in Cardiff or the Cambridge Brewhouse as old pubs or traditional pubs, because frankly they aren’t. What I will describe them as is good pubs and there are others of their ilk springing up across the country and I have to ask, if this is the future, are things as bad as we think? Before these kinds of places started arriving, I was somewhat worried about pubs in the future because the newer pubs seemed to be trendy places and not beer places but maybe times are now changing for the better.