I’ve been inspired by the changeable UK weather to talk about whether there is a right time year to drink different beers. Conventional wisdom is that you drink darker maltier beers in the winter and lighter hoppier beer in the summer when it’s warmer. I do understand the logic that you might want something more refreshing and thirst quenching when it’s hot and you might want something maltier and warming when it’s colder.

Personally though, I like a good beer and I like the styles that I like regardless of the time of year. One of the challenges I find as beer drinker starts around this time of year- it’s June, so the start of the Northern Hemisphere summer- is that there does tend to be a prevalence of golden ales and blondes. I like to drink a variety of beer styles but I find I struggle more in the summer than I do in the winter. I think this comes from two things, partially that the styles I tend to favour are “winter” beers- I like red ales, traditional bitters, stouts and porters, all of which are harder to find in the summer. Part of it though is that I’m convinced that there are less “winter” beers in the summer than there are “summer” beers in the winter. It is anecdotal but in my experience you can usually find a hoppier beer like a golden ale or an IPA in the winter but you can’t always get a red ale or a cask stout in the summer.

The one concession that I will make to all of this is that is a temperature point where I will move across to something lighter and more refreshing- it has to be said that that point is quite high- somewhere in the region of high thirties Celsius or nineties Fahrenheit.  At that point is it time for something thirst quenching and I’m likely to wanting a hells or a pilsner. Are there too few malty beers in the summer or am I just bitter? 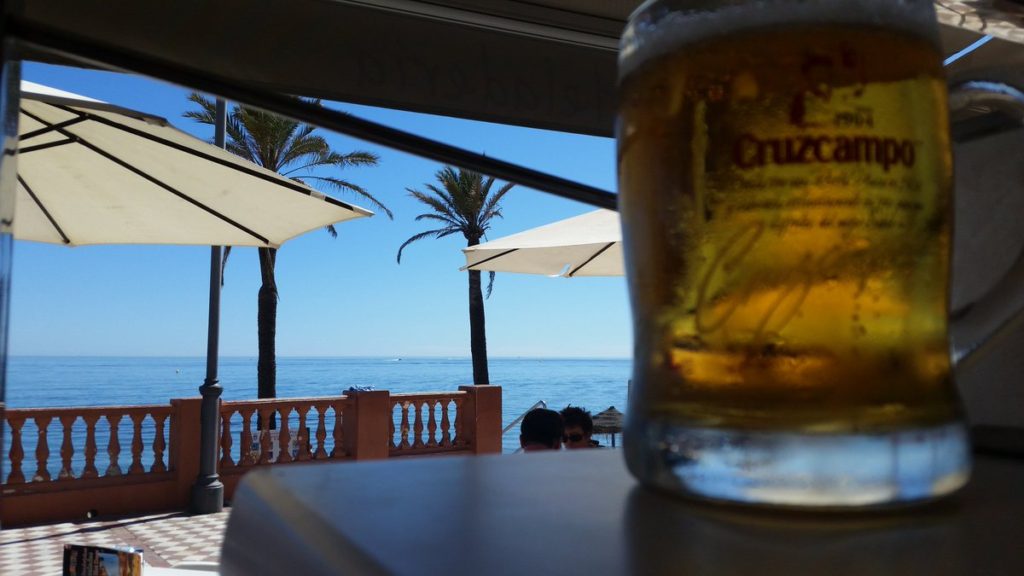