or
Cider with Ronaldo
[To be read in a Cardiff accent]
Hello Playmates as Arthur Askey used to say, I was in Portugal back in May to report on the Champions league final in Kiev and I tell you what folks my hotel room on the Algarve with balcony and wide screen TV was so good that I decided to cover the game right from there! The only thing missing was beer,  so while I left the TV warming up I headed down to the local Minipreço to stock up for the match. Now I don’t actually take seriously anything that fourtharch founder members Great Paul and Mogi usually tells me but they were absolutely spot on about the choice of beer in Portuguese supermarkets that is Superbock, Superbock or Superbock – no proper British beer at all! I did manage to find one can of San Miguel hidden away on the top shelf but just as I was considering wine as a possible alternative my luck was suddenly in. At the very end of the beer (or Superbock) isle I discovered a very healthy display of English Ciders. Look out Mr Bearing, I thought as I recalled the time I picked up one of those industrial size plastic containers of homemade cider from a farm in Somerset back in the 60s – one swig of that and suddenly the whole lot was gone. I lost two days and even forgot I was married… so it wasn’t all bad. The fine people of Portugal have acquired a real taste for English Cider of late that these days is more of a pleasant soft drink compared to the Scrumpy of years ago. If there were any hallucinations to be had while drinking the stuff watching the game such as the world appearing in slow motion and turning upside down well that was provided by Ronaldo’s pace and the spectacular bicycle goal scored by Cardiff’s very own Christian Bale. I finished off the evening up on the 6th floor hotel bar with a couple of those Emoji cocktails. You know the ones with garden mint in them and that with the cider earlier on may have been responsible for a very strange dream I experienced involving Ronaldo and the Wurzels all singing “I am a Cider drinker” that was originally set to the tune of Una Paloma Blanca the song we all came back singing from our Spanish Holidays in the 1970s – funny what goes around comes around init? British beer is never going to break into the Portuguese market so come on CAMRA instead of wasting time debating the “L” word [that’s Lager to you and me] let’s all get behind the cider boys and blow an even bigger hole in the Portuguese Superbock shelves and fill it with Somerset’s finest – probably brewed in Dublin. Real Madrid beat Liverpool 3-1 by the way as for me I cannot seem to get the image of Ronaldo, the Wurzels and that cider song out of my head – I think my grandson calls it an “Earth worm” See you next time folks. 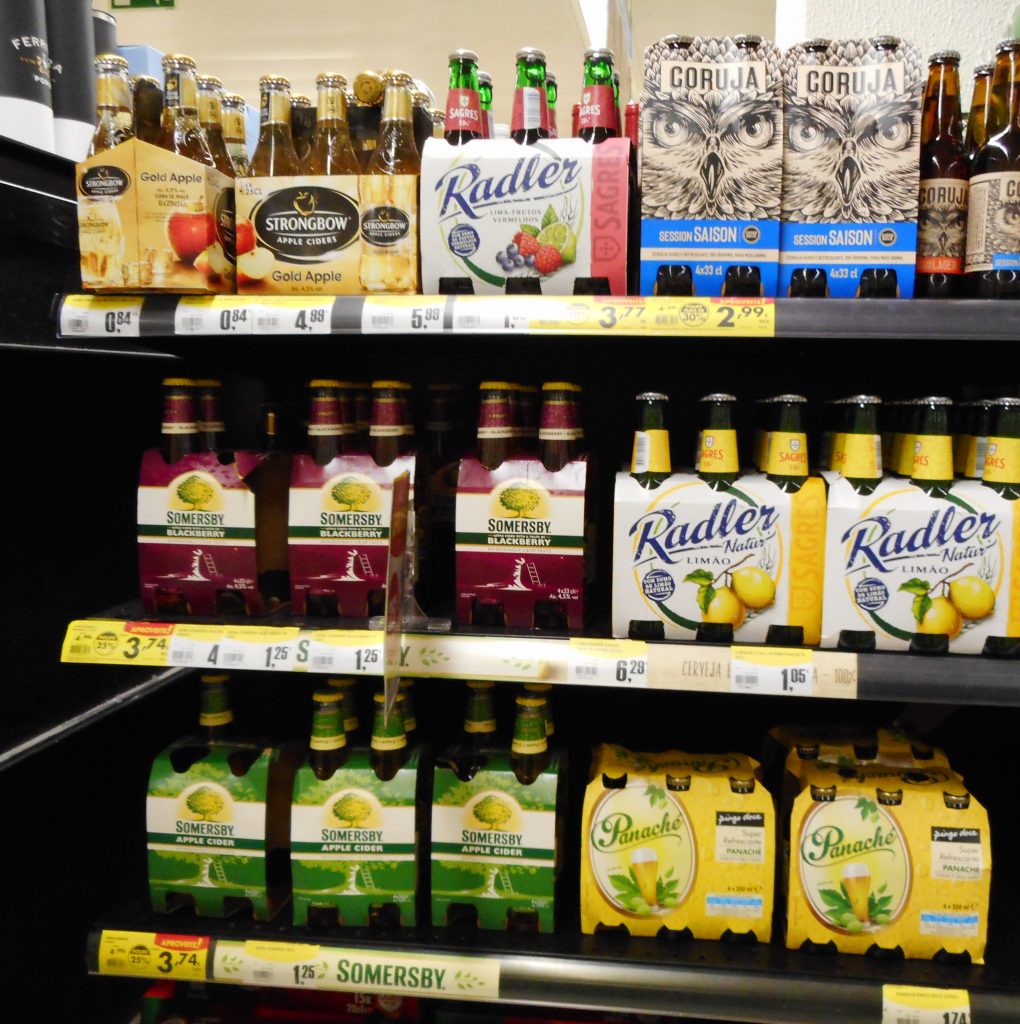 [ASSISTANT CONTENT MANAGER’S NOTE: Why are we employing this man?]