On a recent trip to the Lake District (it wasn’t a Fourth Arch trip, but with the amount of beer I drank it could have been!) I was reminded once again about the wonderful diversity of beer available from so many different breweries across the country. There are many reasons to travel and to experience different parts of the country (not least the wonderful scenery) but one of them is definitely trying different beer. As a resident of Cardiff I mainly drink Brains as it dominates the city when it comes to beer- I enjoy a pint of SA as much as the next man and there is something to be said for consistency but it is nice to get a bit of variety when travelling. 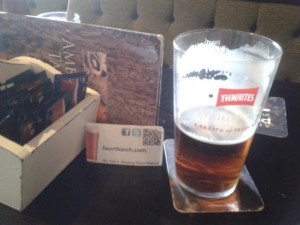 One of the places I visited was Hawkshead Brewery– I’d vaguely heard of the name before that but wasn’t familiar with their beers until I passed a sign for the brewery whilst heading back to where I was staying in Bowness. Two days later and I went there for lunch (I highly recommend their duck and chilli sausages) and a brewery tour. They may not win awards for the originality of their beer names (Bitter, Red and Windermere Pale are all pretty self explanatory!) but I am of the school of thought that I’d like to know from the clip what I’m drinking- it does make life easier with unknown ales to have a description. The quality of the ales however was fantastic- I particularly enjoyed the Red but it was a fine selection. 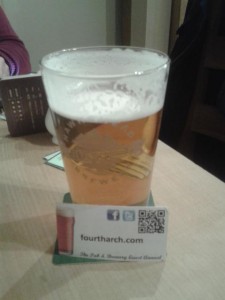 Some ales can be found more regularly than others- I find Doombar, Broadside and Abbott Ale across the country but others aren’t as common. For example, I don’t think I’ve ever seen Palmer’s beer outside of Dorset, which is a shame because their Copper Ale is a favourite of mine. I thoroughly enjoyed my trip to the Lake District and the pubs I visited (noteably the Albert in Bowness, The Ambleside Tavern and Merchants in Lancaster) but trying new beer definately enhanced the experience- local ales aren’t just for local people- remember new places can often mean new beer! 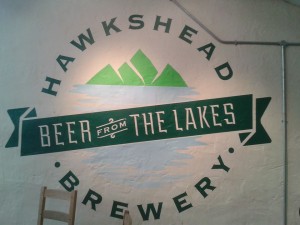