After a recent trip to Scotland, this blog is a question and appeal to our Celtic cousins in what is, at least for now, the North of Britain. Where is your ale? I thoroughly enjoyed a visit to Ayrshire, staying just outside the village of Dailly (prompting Rich to suggest opening a bakery, Dailly Bread….). After a hard day sightseeing or indeed watching the Commonwealth Games, you can imagine that we were looking forward to a nice pint of proper British beer.

And so it was that we headed into Dailly for a pint (and of course to find a site for the bakery). We discovered that there were two pubs in the village and we went to the nearest of the two, Central Bar. In our experience of rural pubs, good ale is common place and indeed they are some of the best places to find good beer and so we had high hopes as we entered.  They were sadly false hopes as there was no cask to be found. So we ordered two pints of McEwan’s, the only one of their range on offer (McEwan’s 60/-), describing itself on the clip as “pale ale”. The beer itself was perfectly acceptable for what it was but upon pouring was quite clearly a mild, which isn’t to my taste, and was of course, keg. 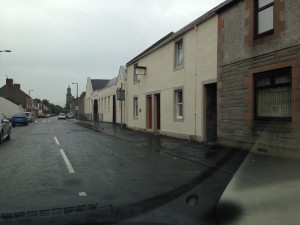 Our next venture into the village was to the other establishment, The Greenhead Hotel. Two different McEwan’s offerings this time and having already sampled the 60/-, we plumped for the 70/-, which turned out to be a very pleasant session beer (albeit keg). This experience was replicated in the other pubs we visited in the area, pleasant welcome and friendly people but no beer, to the point that I actually tried a pint of Tennant’s at one stage. 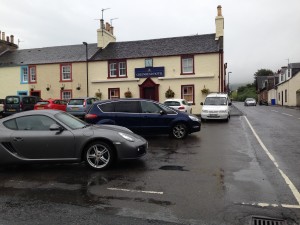 I thought that my wait was finally over when I got to the Wetherspoon’s at Glasgow airport but sadly two different casks ran out during pouring and the third option turned out, upon tasting, to be rather like vinegar. Again, friendly staff and the vinegar was exchanged without fuss for a pint of San Miguel but it did mean that I left Scotland after a week without having had a proper pint. Fortunately this was something I was able to rectify with a pint of SA in the Three Arches shortly after arriving back in Cardiff but I repeat my earlier question to the people of Scotland. Where is your ale? I’m happy to be proven wrong but I wasn’t able to source a single pint of ale in a week.

I would however, like to give a shout out to West Brewery in Glasgow, who have an excellent range of German style beers brewed at their microbrewery and bar just off Glasgow Green. The best pint I had in Scotland was their West Berlin, which is a weissebier with spices which actually reminded me of an ale, a specific ale in fact, Hook Norton’s Copper Ale. Quite remarkable considering the difference between the two types of beer and I have to say that I’m not usually particularly partial to a weissebier but credit where it’s due, I did enjoy that one and I do recommend the venue if you are in Glasgow. 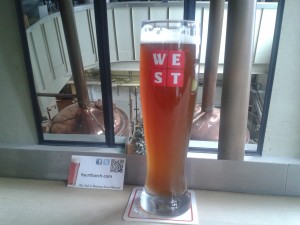